Co-operative movement was started in India in the year 1904. The then social & political leaders of our counter realized that for economic and social development in the country, especially for the development of the rural economy as well as rural people, co-operative is the only way through which this target can be achieved. In the erstwhile Midnapore District was pioneer not only in the freedom movement but in all movement related to development.

Another Bank was at + P.O. – Beliaberah, a remote village of Gopiballavpur of Jhargram Sub-Division. The ‘Praharaj’ family was the Zamindar in the locality. By their effort this Bank was established in a house of their palace. This was established in the year 1912, viz. Beliaberah Union Bank. Later on in the year 1928 this Bank converted into Beliaberah Central Co-operative bank Ltd. whose area of operation was the whole of Jhargram Sub-Division. In the year 1932 at Beliaberah the bank was shifted in a new building at Beliaberah which was inaugurated by the great scientist, Co-operator, Social Activist Acharya Prafulla Chandra Roy.

The Third Bank was Midnapore Central Co-operative Bank Ltd. At + P.O. – Midnapore, Dist – Midnapore, Reg. No. 84 dated 24.08.1912. The first Chairman of the Bank was the then District Collector Lubert Graham and the Secretary was Roybahadur Manmathanath Basu. Thereafter as per recommendation of Rural Credit Survey Committee these three Banks amalgamated on 06.02.1965 and named as the Midnapore Khelar balarampur Beliaberah Central Co-operative Bank Ltd., Head Office at Midnapoer having area of operation three sub-division viz. Midnapore Sadar, South and North and Jhargram and thrre PS of Contai Sub-division. At that time No of societies were 1538, deposit was Rs.78.21 Lac and loan 12.76 lac.

In the 7th decade there were only six branches including Head Office. The Chairman was Late Bishnupada Hazra . In the year 1971 Sri Barendra Nath Patra of Patashpur was elected as vice-chairman of the Bank. At that time deposit of the bank was 2.70 crore and loan was 2.50 crore. Both the Chairman late Bishnu Babu and vice-chairman adopted planning for enhancement of business of the Bank. Within a few years about 27/28 branches were opened at different blocks. As a result volume of business of the Bank increased surprisingly at the same time the member societies were also benefited. They get the opportunity for depositing money and taking loan from nearest place. The vital role played by those two persons from 1971to 1983 van not be denied in the history of growth of the Bank. Without their great effort including BOD and staff it was not possible to attain such growth of the Bank. There after Late Chittaranjan Mishra of Midnapore was chairman for a few years and after him Sri Radhanath Mishra of Egra became Chairman for some period. They also tried our upliftment of the Bank. Late Birendranath Deb of Belda became chairman after Sri Mishra and Mr. Deb was in chair about six years. And there after Late Mriganka Sekhar kar of Midnapore became Chairman and then Sri Jugal Kishore Tung. All of them have tried their best for the development of the Bank.

It’s a great pleasure to the history of our Bank, Sri Subhendu Adhikari, M.P. govt. of India has been elected as the chairman of the Bank on 24.03.2014 and under his leaderships the present board of directors of the Bank are trying their best for overall improvement of the Bank.

The Bank has been serving the people of agricultural, non-Agricultural and Individual Sectors diligently for the development of their socio-economical status, through 36 Branches and 2 Pay Offices including Two Evening Branches at Midnapore and Jhargram Town with very meagre Staff strength. Not only banking business but also to provide knowledge in Co-operation Management and Accounts etc. A residential Co-operative Training Centre – Sanchari at New Digha has been constructed and inaugurated on 4th Sept. 1996. The regular Training and re-orientation Programme for the Co-operative Management, employee of this Bank and Co-operative Societies, SHG Groups are being organised in this Training Centre.

The joint venture of the Management and Staff has turned the Bank as one of the best Co-operative Bank in West Bengal. This is for information that the Bank has been awarded by the “NABARD’s Best Performances Award” thrice for the year 1997-98, 1999-2000 & 2000-2001. The West Bengal State Co-operative Bank , Kolkata has rewarded this Bank as the best Performer in Co-operative Sector for the year 2001-2002 for its various activities. On 6th Nov., 2002 , the then Hon’ble Chairman of the Bank and the Deputy Manager of this Bank has received NABARD’s Best Performance Award for the year 2000-2001 in a graceful function at India Habitat Centre, New Delhi.

In the month of December-2002 the chairman of the Bank visited INDONESSIA with some cooperators & NABARD officials in a programme sponsored by the NABARD.

Sri Buddhadev Bhattacharyya, the Hon’ble Ex Chief Minister, West Bengal, has inaugurated the Computer Service to the Customer at Midnapore Branch on 4th May, 2002. And on 26.09.2012 the Bank migrated to its CBS platform with NEFT and RTGS facility and on 19th May 2014 our Hon’ble Chairman Sri Suvendu Adhikari started our Bank’s journey in modern Banking by inaugurating our First ATM counter at Midnapore Branch. We are now the proud member of National Payment Corporation of India our customers are enjoying direct benefit transfer like LPG Subsidy through their a/cs directly.

The NABARD’s “Best Performance Award” had been given to this Bank 3rd time for the year 2000-2001. Previously the said prizes were given for the year 1997-98 & 1999-2000 .The selection of the Banks for the said performance award is based on certain identified quantitative as well as qualitative aspects. Apart from the quantitative progress in loans, deposits, recovery, etc, the leadership and other professional activities have been considered by them for this award.

SANCHARI, THE TRAINING CENTRE OF THE BANK at Digha, Purba Medinipur 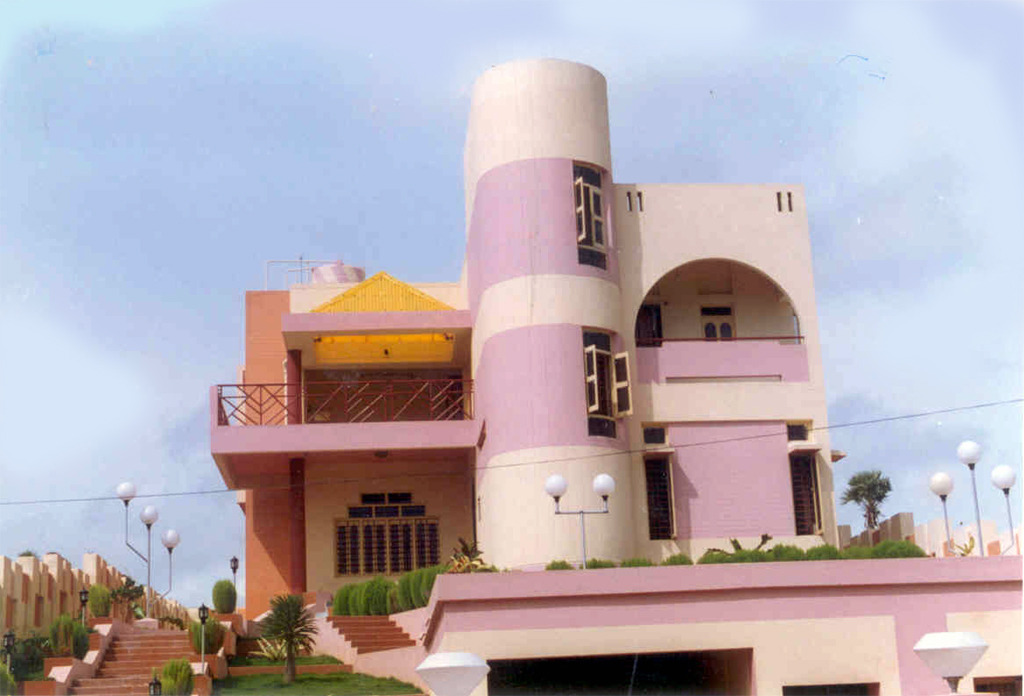 The Bank has set up a residential Training Centre – Sanchari, at New Digha on 4th Sept. 1996, to develop knowledge in Co-operative Management of the concerned persons. The regular Training and re-orientation Programme for the Directors of Co-operative Societies, its employees, employees of this Bank, SHG Group leaders are being organised in this Training Centre.